How Carrier Got its Name and Invention of Air Conditioning, Part 1 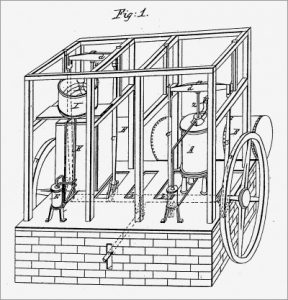 If you live in Florida, then you probably believe that John Gorrie was the inventor/father/however you prefer to refer to him of air conditioning. However, if you’re the CEO of Carrier, you probably have a different opinion. In any case, air conditioning and refrigeration are known for not having a clear inventor, mainly because there is a long history, starting with somewhere around 400BC when we have records of humans beginning to use early methods of refrigeration.

The modern history of air conditioning begins with Gorrie who was a physician and scientist in Florida in the 1850’s. Gorrie relocated to Florida from South Carolina to conduct medical research on tropical diseases. He believed that it was the “bad air” that caused these diseases and suggested that swamps should be drained and hospital rooms were cooled. To do that, Gorrie was using basins filled with ice and suspended from the ceiling in his hospitals to keep his patients cool. While he is often cited as the first person to use air conditioning, he wasn’t actually “conditioning” anything. He was refrigerating, and should therefore be credited with the first use of modern refrigeration. Since Gorrie had to have real ice brought in from the north, he began experimenting with making artificial ice.

Once Gorrie realized his discovery, he filed a patent for his invention. On May 6, 1851, he received a patent No. 8080 to develop a machine that would make ice. But, when he began seeking financing for manufacturing the machine, the then powerful ice lobbyists up north had a different feeling. Ice shipping, especially to the south during the summer was a profitable business back then. People used ice to fill their ice boxes where they stored food. Ice shippers would chip off huge slabs of ice from the north and bring them onshore for distribution. Not willing to have anyone in the south using their own methods of refrigeration, they publicly made fun of his invention. As a result, Gorrie’s dream was never realized. He died in poverty, sadness and seclusion on June 29, 1855 and was buried in Gorrie Square in Apalachicola, FL where he has a museum and a monument dedicated to him.

Twenty years later, another man was born… For Part 2, check out next week’s article.

As always, thanks for reading,

Bryan
Bryan Hayes, along with his brother Todd, is a co-owner of a Sanibel Air Conditioning company on Sanibel, FL.  Bryan can be reached at Bryan@Sanibelair.com

How to Lower Your Energy Bill and Stop the Thermostat Madness
August 22, 2019

Any Questions?
We are here to help answer any questions you may have. Please write to us and we will get back to you soon.